Eugene Sandov is the pseudonym of an outstanding athlete of the 19th century. His real name was Friedrich Wilhelm Mueller. His father was German and his mother was Russian. The boy grew up weak and plagued by illness. At university, he became interested in physical education and anatomy. This led him to do more sports and conquered all his ailments. 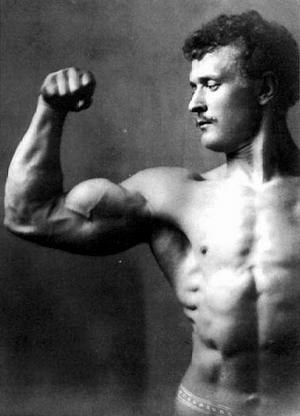 In 1885 he moved to England, where he began performing in the circus as a strongman and wrestler. It was there that he took the pseudonym Eugene Sandov (Eugene Sand). Despite his short stature (170 cm) and weight of 80 kg, he defeated bigger rivals. In addition to strength and agility, he had a muscularity that no one else had. He became extraordinarily popular in England. He began to advertise his accomplishments as an athlete and gained fame as unbeatable.

Here are some of the power routines he performed:

*He did 200 push-ups off the floor for four minutes.

*Held kettlebells of 27 kilograms each on his outstretched arms for several seconds.

*Bearing the heels of one chair and the back of his head on the other, held two men on his chest and a 22-kilogram weight in his outstretched hand.

*Holding a 24-kilogram kettlebell in each hand, stood on a handkerchief, then jumped and did a backflip, landing exactly there.

*A platform was placed on his chest, and he held three horses on it. Another number had a piano and an eight-man orchestra on the platform.

*In 1894 he set a world record by squeezing with one hand a barbell with huge hollow balls with one person sitting inside. The weight of the unusual barbell was 122 kilograms.

*While on tour in San Francisco in 1894, Sandov wrestled a muzzled and mitten-shod lion. The lion lunged at Sandov, and he caught it, held it, and threw it away.

*In 1895 Sandov performed the most difficult power stunt: he lifted and squeezed a 115-kilogram barbell with his right hand and, having transferred it to his left hand, sat down and lay down on his back, then, without lowering the barbell, stood up.

He died of a cerebral hemorrhage on October 14, 1925, when, after an accident, he pulled a car that had driven off into a ditch with one hand. 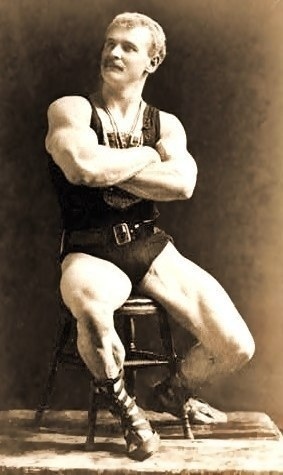